“She has an uncanny ability to sense the direction and expression of the music and respond accordingly. This ability makes her one of the best musicians, not just bass players, but musicians, that I’ve ever played with.”

“Anne Luna is an outstanding bass player who delves into the heart of the instrument.” 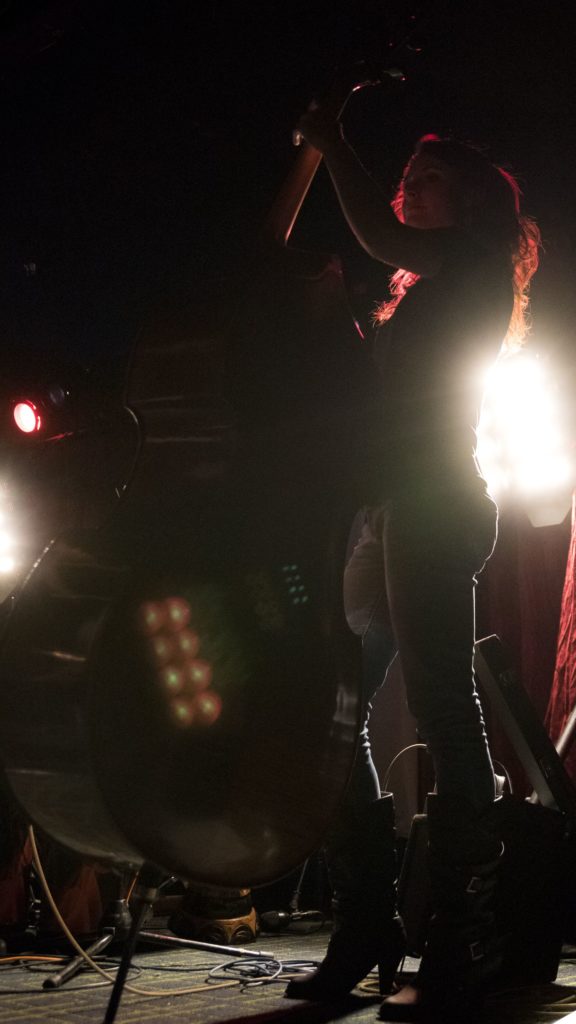 While “that thing’s bigger’n she is,” Anne Luna makes playing the bass look easy. Harmonizing in her mother’s lap before attending school, playing bar gigs before she was of legal drinking age, touring before she could rent a car, Anne had gigs nearly immediately upon picking up the double bass. She has watched bar fights while laying down the beat, bowed heart wrenching lines next to grand pianos, and sang with manatees swimming behind her—because music is something she can’t NOT do.

Anne’s bass playing has been described as graceful and elegant, yet precise and hard driving. As a songwriter and vocalist, her clear, unique voice both stands on its own and rounds out the Hard Road Trio’s vocal work. Her songs have been nominated for two New Mexico Music Awards. As an accomplished, enthusiastic instructor, Anne’s energy and her easy-going manner create a welcoming learning environment for all of her students.

Anne has recorded with a number of distinguished musicians, including Alan Munde, Kenny Maines, and Amanda Shires. She has performed with The Spring Creek Bluegrass Band, Doctor Skoob and the Acoustic Groove, The April Verch Band, Joe Baxter and the Lost Cause, Steve Smith and Hard Road, and Hot Foot Toby.